I have been using tensorflow for some examples in this blog. Building a sequential model and evaluating some metrics was easy. But when I wanted to do a little bit more (for example image data set augmentation) I got really stuck.

This blog post is a collection of toy examples I made from scratch with tensorflow in order to get a better understanding.

The following video is a good introduction to tensorflow (although it is pretty old):

The computational graph: Session and constant

A programmer can construct a computational graph with tensorflow. It does not contain data or is evaluated directly. For this reason we need sessions where we can feed data in and fetch results out.

For jupyter notebook there is an interactive session:

In real programs we use:

with tf.Session() as sess:

Obviously we would like to read the result but one might be surprised to see that no value is returned. Instead we obtain a node from the computational graph…

result.eval() in an interactive session or sess.run([result]) delivers what we expect!

For this we use placeholders. We define their size and datatype and feed them into the eval or run command.

Okay interesting. We can build things with this. Let’s imagine we have ball with mass m and we want to know the potential energy it has (m * g * h).

Adding state to the graph

Suppose we have a dynamical system like a simulation of a swing or of the populations in a forest. These systems have something called a state. In programming we represent and manipulate this with variables. This concept also exists for tensorflow.

The following example calculates n fibonacci numbers in a non-recursive way. So the same graph is called n times and the variables’ contents change for every iteration.

It is important to say that the manipulation of variables (reading and writing) justifies the need for another new thing called control dependencies. One can use them to assure the execution of a sequence in its correct order.

The assignment file_writer = tf.summary.FileWriter('tf_logs', sess.graph) writes the computational graph to disk and we can visualize it with tensorboard:

I am not sure but I think: The yellow line shows a connection where the data could have been manipulated, the solid grey line where data flows without manipulation and the dashed lines are control flow operations.

My intuition on how to read this graph is:

Finding primes with a while loop

The following program uses a while loop to tell whether a number is prime. Tensorflow can help to parallelize while loops “automagically”. Imagine you could write loops that can be placed on GPUs instantaneously…

The following image shows the basic components which were added in order to achieve the control flow (screenshot taken from paper).

When unfolding the while block, we see a lot of operations which we did not explicitly mention in the python code.

Every variable that is passed in to the functions (condition and body) run through an “Enter” node.

All of the python code which was written to manipulate the variables was translated into the graph. I find this really impressing because I did not feel really restricted when writing the condition and body for the loop.

The big benefit of this (telling from what I read on the web) is that it supports auto differentiation. So one could write a loop to solve some problem and end-to-end learning could still be possible.

Now I have made a toy example that: 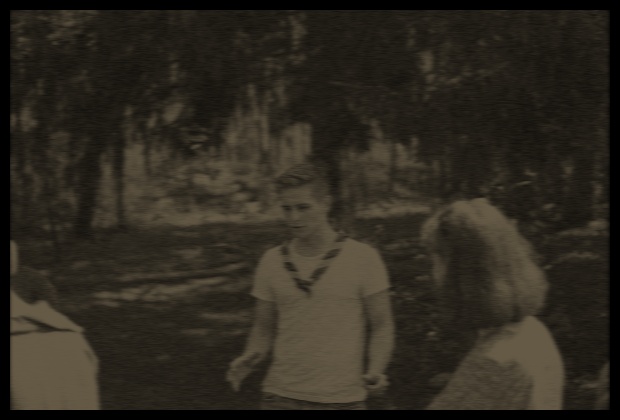 Note the use of tf.data.Dataset and that the tf.write_file operation could not be part of the .map function because it would not get called due to no other operation depending on it.

The main graph contains the operations outside of the functions only.

Opening for example the blur function shows us the bigger parts of the computational graph.