In May 2017 I read on the website of the blockchain department of the Technical University Munich that they are going to co-host a hackathon on DLT in Frankfurt.

Together with a friend we applied for the “grant program” because we weren’t willing to pay 700 € for one week. When we were noticed about us being accepted we did not know what to expect from that week hosted by Frankfurt Business School.

To be honest: Both of us are not the kind of sales guys to be interested in the Frankfurt Business School. That is why we were skeptical.

Our prejudices vanished up in thin air

On the first official day of the Hackathon all of our skepticism was gone when we arrived at the event location called Tatcraft. It is a renovated factory in the suburban region of Frankfurt with an active Makers community providing tools like water-cutters, huge 3d printers etc.

The weather was great, we formed teams for the hackathon, had nice chats, listened to speakers and had a lot of fun.

I don’t remember too many of them. There were speakers from the Commerzbank DLT Lab and a department of Daimler working on Truck solutions (somehow we expected these because of the Frankfurt Business School). But there were also speakers from Eciotify which were really cool guys, BigchainDB and Iota.

You could also learn how to legally organize an ICO and other administrative stuff but we preferred to work on our prototype for the hackathon.

With a team of six we took the challenge to build a self-managed drone charging system. You can find all about the concept in the following video of the final presentation:

Even more details by a blockchain vlogger: Youtube video 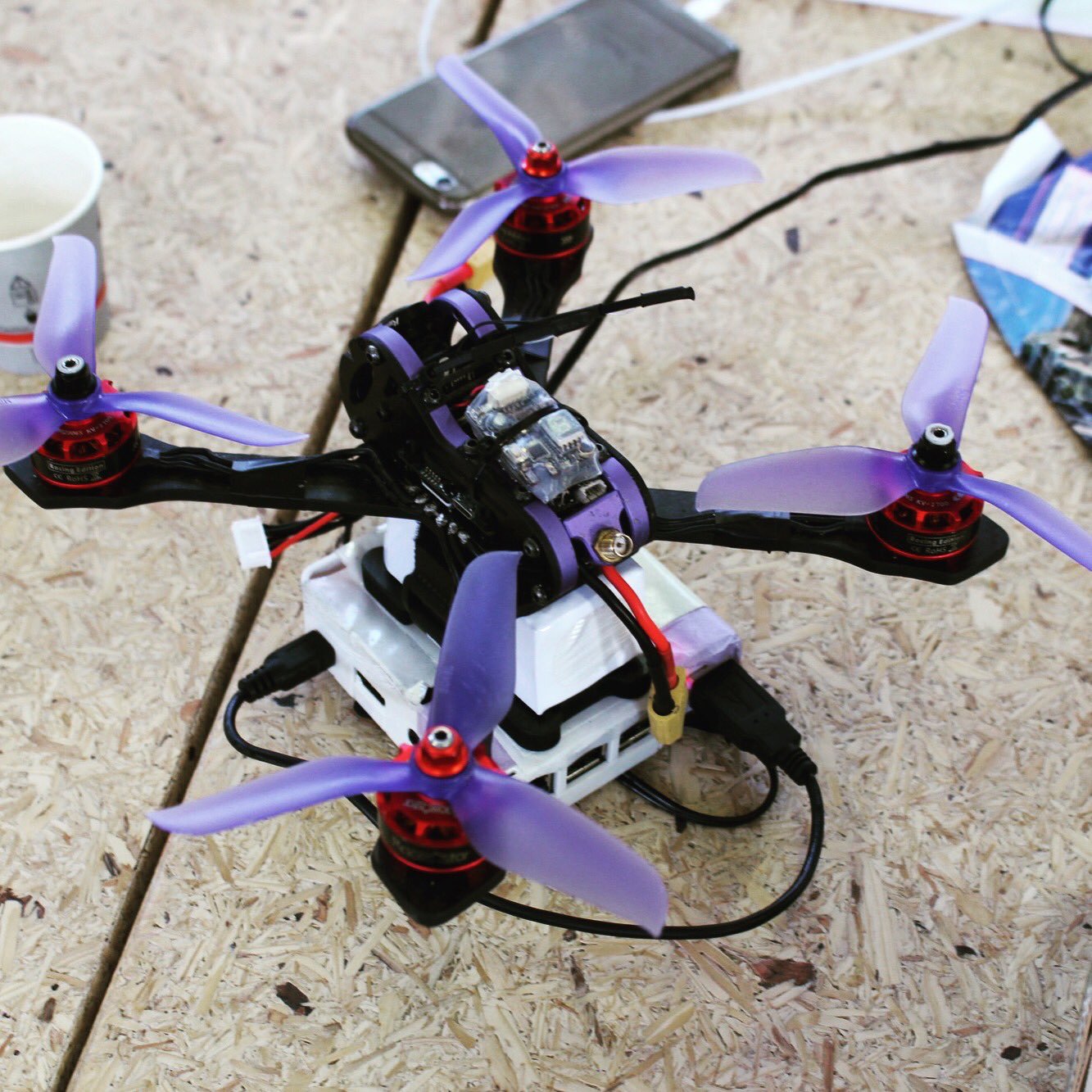 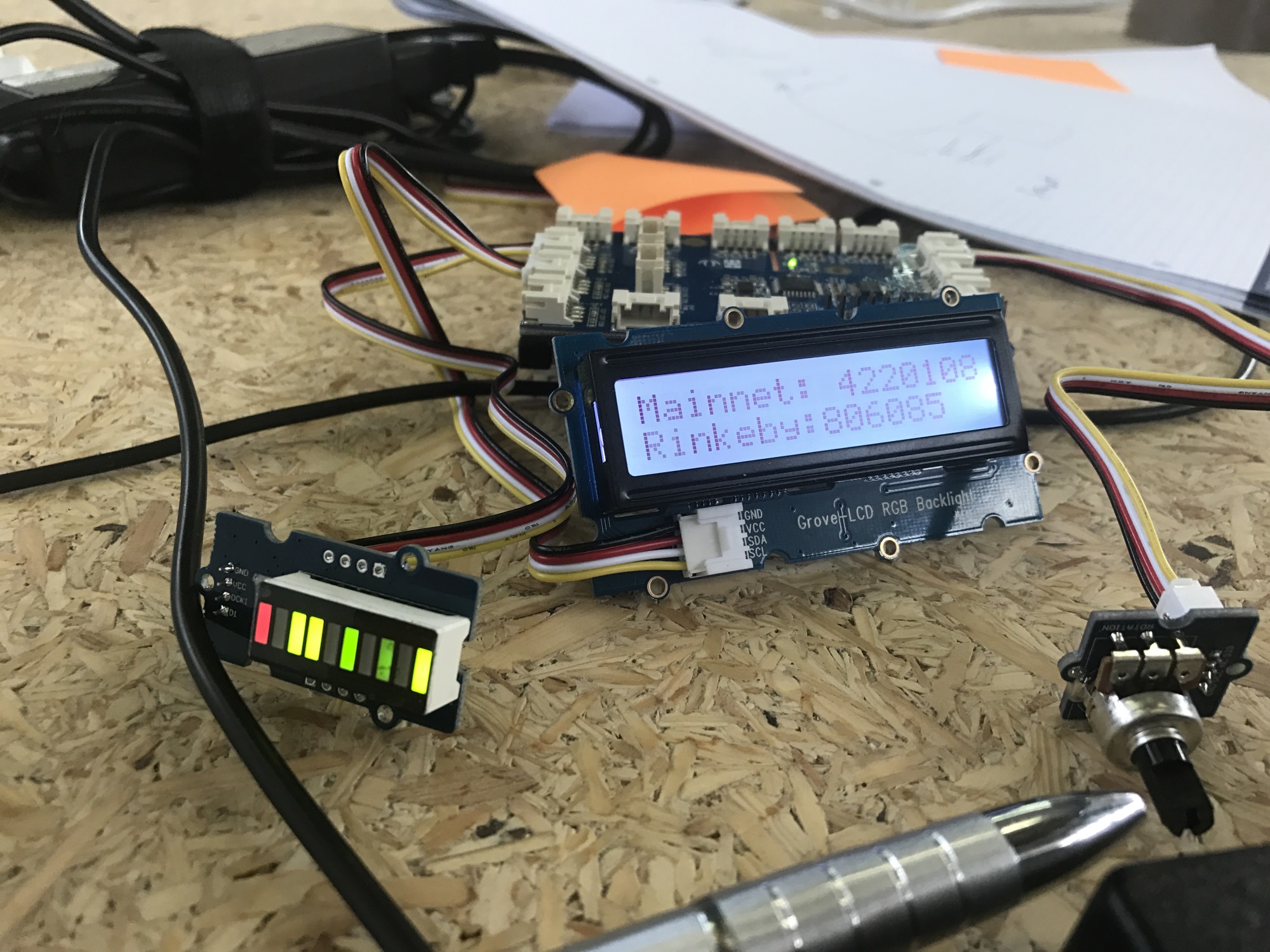 For some convenience we wrapped the calling of the cpp executable in two python functions:

Making a booking on the ethereum blockchain

The following javascript file accepts the drone’s and station’s address via commandline, registers a new booking and waits for the result which is returned by process exit codes.

The nights were short, we had a lot of things to fiddle around with until the last day and were dead tired when the presentations begun. Fortunately we had two presentators who did a good job. The jury awarded our project, we celebrated together and after a long week together we parted ways. 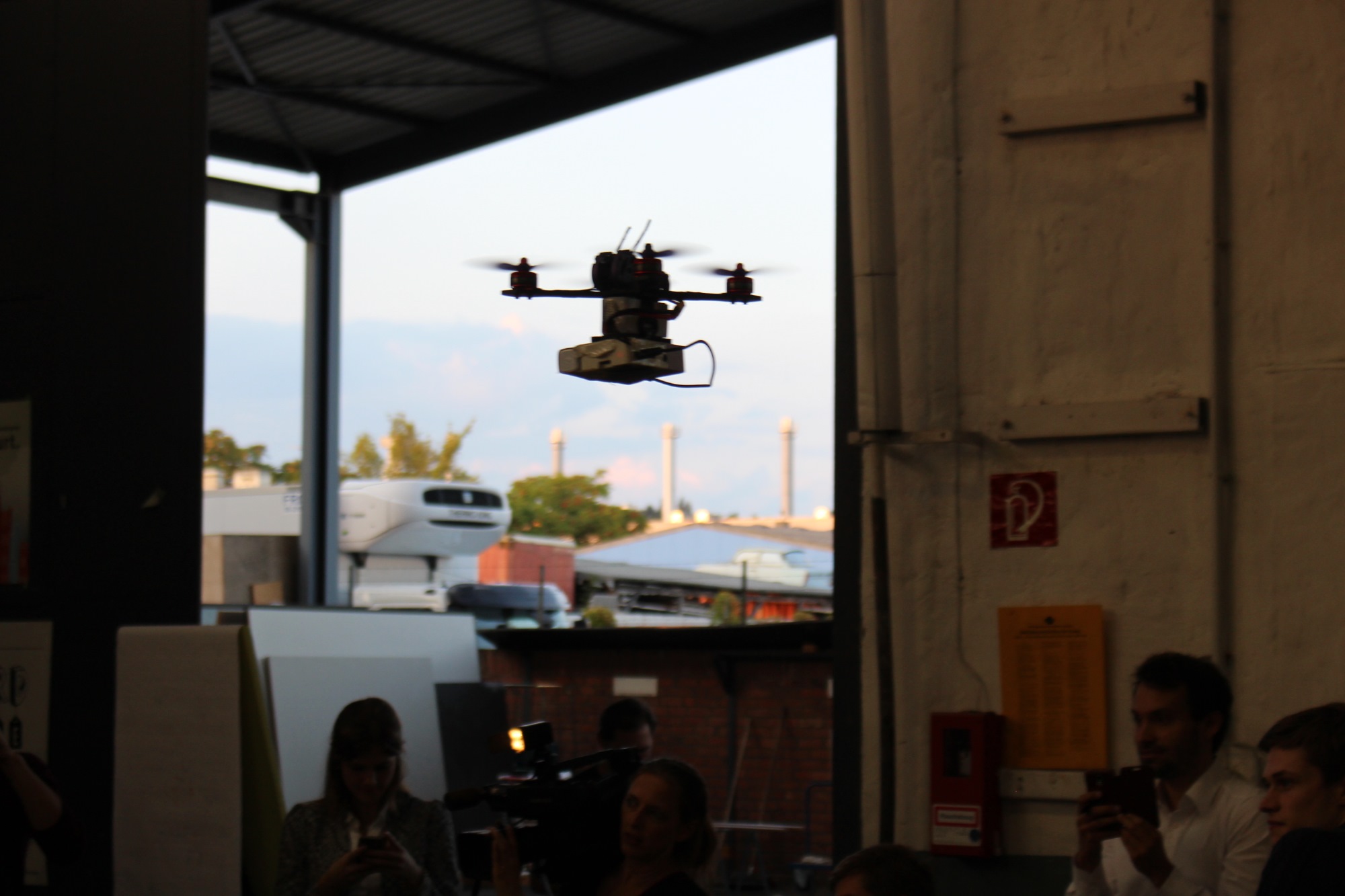 I like to think back to this event because we really had a good time, talked to programmers from all over the world and learned a lot. What really impressed my about this hackathon was the fact that all groups were working together, nobody was hiding their achievements and in the end everybody could benefit from the community.